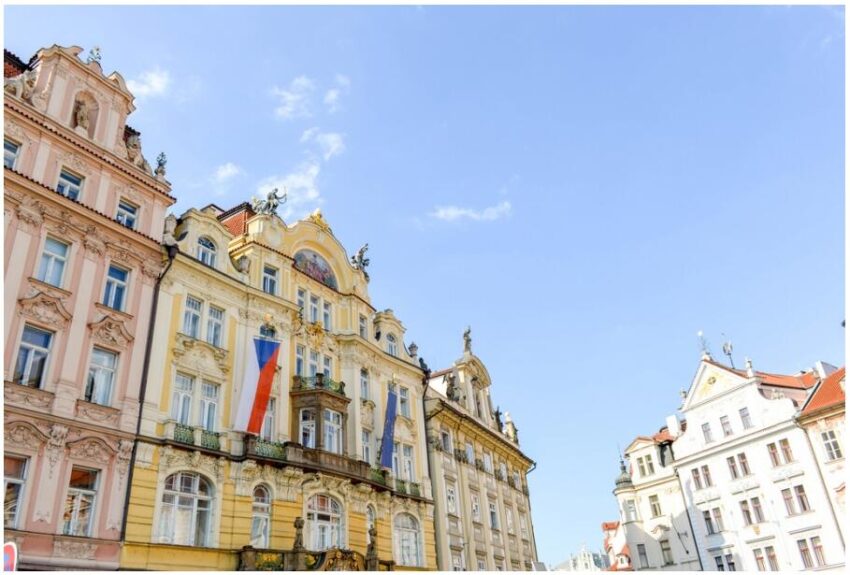 Did you know that Prague was known as “The Golden City” as early as the middle of the 14th century? Charles IV, King of Bohemia and Emperor of the Holy Roman Empire of the German Nation, had his native city developed into a cultural center and the most important city of his time. Many buildings from that construction phase still bear witness to the splendor of that time. The old town of Prague is a UNESCO World Heritage Site.

Prague is the capital of the Czech Republic and is located at the confluence of the Vltava and Berounka rivers. Centuries before the time of Charles IV, Prague was the residence of the Bohemian kings, who left their mark on magnificent buildings. But there are also modern buildings to admire. With all of this, the physical well-being is not neglected. Prague is known for its delicious Bohemian cuisine.

In the following we present you the most exciting tours, the most beautiful attractions and the best sights in Prague. 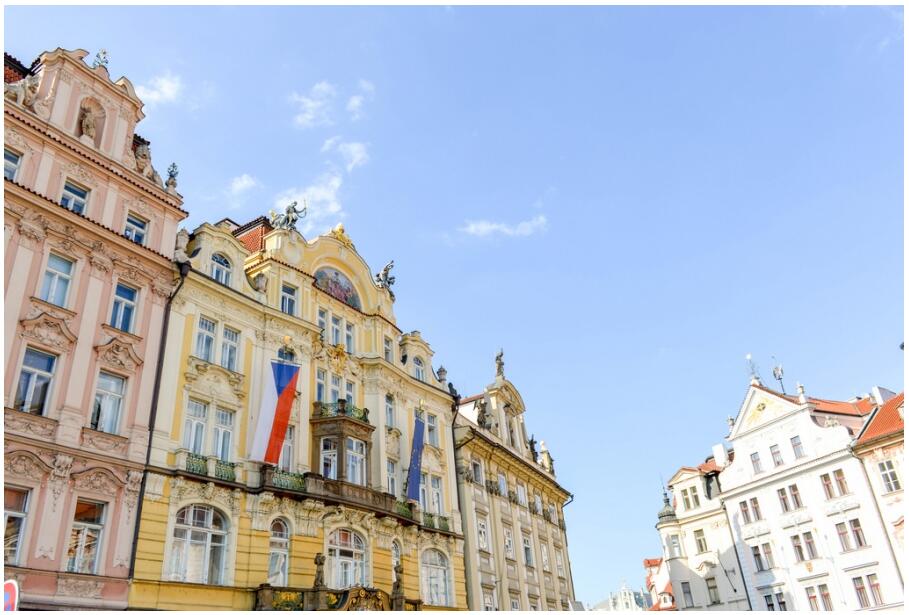 Prague Castle is the largest closed castle area in the world. Already in the 9th century there was a residence on the Hradschin, the mountain in the heart of Prague, which has been expanded and renovated over the centuries.

It served the Bohemian dukes and kings and later the Czech president as the seat of government. Within the walls you can admire not only the castle itself, but also various churches, parks and palaces. The walled area spans 45 hectares.

One of the buildings on the Hradschin is St. Vitus Cathedral. During the “building boom” under Charles IV in the middle of the 14th century, construction began and it took centuries to complete. To this day it is the largest sacred building in the Czech Republic. The main tower is 99 meters high and offers an impressive panoramic view of the city.

The cathedral is splendidly decorated with gold stucco and semi-precious stones. It served as a coronation site for many kings and emperors. Some are buried in the cathedral. Part of the cathedral treasure, one of the most valuable of its kind in Europe, can be visited.

On the edge of the castle grounds is the golden alley, an alley with small, colorful houses from the 16th century. There was once a goldsmith’s shop here, which gave the alley its name. It is nicknamed “Alchemistengasse” because King Rudolf II commissioned some alchemists to find the philosopher’s stone or at least to produce gold.

The alchemists lived in the small houses. At the beginning of the 20th century, Franz Kafka also lived in one of the houses. Today the houses are used as cafes and souvenir shops. Today the Golden Lane is one of the cutest and most popular sights in the Czech capital.

The Charles Bridge was also built during the construction work under Charles IV. It connects the old town with the Mala Strana, the so-called “Lesser Town”. Round arches erected on 16 bridge piers form one of the oldest stone bridges in Europe. It is over 500 meters long. On both sides, 30 figures of the Madonna and saints were gradually placed.

The legend goes that everyone who touches the oldest of the characters, Johannes von Nepomuk, will be very lucky in the future. In any case, it is lucky to be able to enjoy the view from the bridge. A visit is particularly worthwhile in the evening hours when the bridge is bathed in the light of dusk.

The town hall was also built in the middle of the 14th century. The oldest part is the Gothic tower with the astronomical clock. Every hour on the hour, the twelve apostles appear one after the other at the windows. In addition to the actual clock, a calendar with the course of the sun and moon is also displayed.

The other representations are also worth seeing: astronomers, philosophers, grim reaper. The town hall, the chapel and the tower can be visited. The impressive mechanics of the watch, which has been repeatedly adapted to progress, can also be admired on a guided tour. 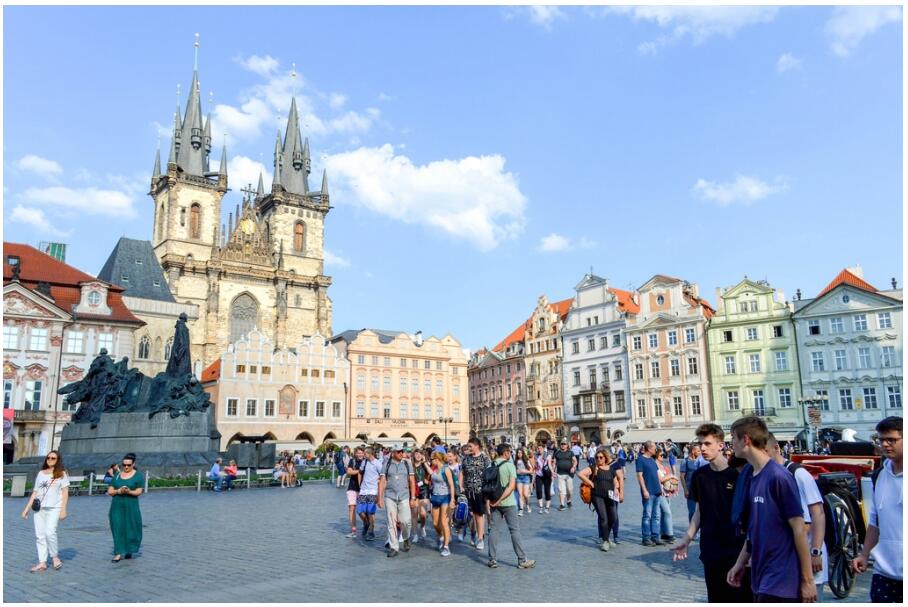 The Powder Tower was built in 1475 in the late Gothic style and is considered one of the most monumental buildings in the city. Originally, the kings used this tower to move into the city for the coronation ceremonies.

Since the beginning of the 18th century, the tower served as a powder store, which is how it got its name. It is 65 meters high, the viewing gallery is 44 meters, the spiral staircase has 186 stone steps.

The famous writer Franz Kafka was born in Prague on July 3, 1883, lived there all his life and left numerous traces. The house where he was born burned down, only a bust and a memorial plaque remind of him. There is only a small exhibition in the house. The actual Kafka Museum in Prague was set up on the site of an old brick factory on the banks of the Vltava.

The permanent exhibition includes correspondence, photos, manuscripts and a unique collection of the first editions of Kafka’s works. The influences that Prague had on Kafka and his books are also shown. In the courtyard of the museum there is a well worth seeing fountain by the Czech artist David Černý.

The observation tower was built in 1891 for an industrial exhibition. The Eiffel Tower served as a model. The Petrin Hill, on which the tower was built, is 318 meters high, the tower itself almost 64 meters. A wonderful view of Prague and the surrounding countryside is guaranteed.

The tower can be reached by cable car or on foot through Petrin Park. The park is also often used by the residents of Prague. 299 steps lead to the tower. Alternatively, you can use the elevator. Exhibitions are held regularly in the basement of the tower.

In addition to all the historical buildings, the so-called “dancing house” is also a special eye-catcher and is considered a showpiece of modern Czech architecture. The office building was developed and built in 1996 by the Canadian architect Frank Gehry in collaboration with the Czech architect Vlado Milunic in the style of deconstructivism.

The architects are said to have been inspired by the dancer Fred Astair and his dance partner Ginger Rogers. The two curved towers of the house are reminiscent of a dancing couple and are among the most photographed sights in Prague. The best photo light is usually in the early afternoon.

After John Lennon, the former member of the Beatles, was murdered in 1980, a stranger used the stone tablet on the wall of the Maltese garden to erect a memorial to the musician. More and more candles were placed in front of the portrait. The wall was labeled with lyrics and quotes about peace and freedom.

Gradually, the wall was also used for protest slogans against the dictatorship. With the collapse of communism, the wall lost its importance as a place for political statements, but the colorful memorial to the former Beatle is still one of the most popular sights in Prague. 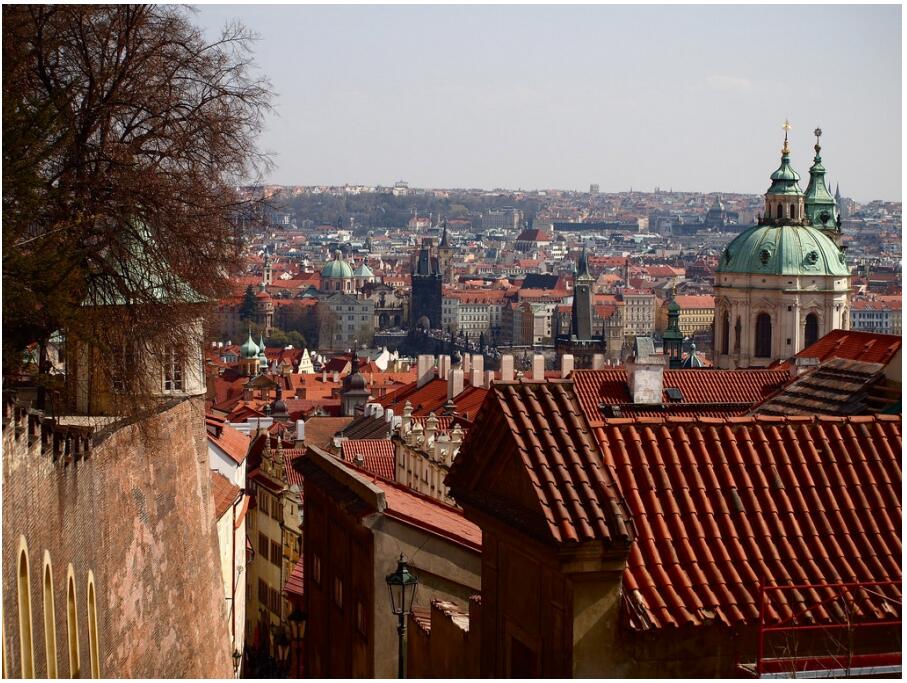