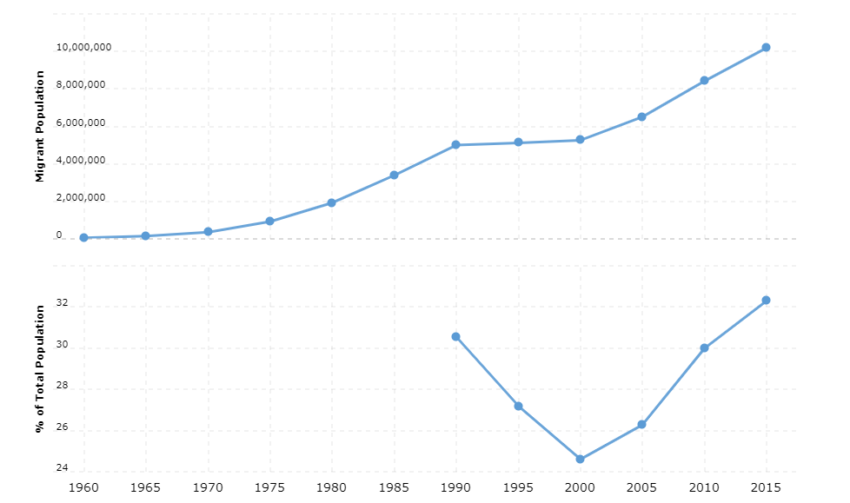 According to Abbreviationfinder, Saudi Arabia is extremely conservative socially. Islam permeates society and daily life. Official injunctions govern people’s everyday lives with rules of dress, intercourse between the sexes and times of prayer. Moral police monitor compliance with the rules. Saudi men and women live strictly separated from their own homes.

Men greet each other by taking care. It is fun to greet the oldest person in the company first and then go counterclockwise and greet the rest. The common greeting phrase is ” al-salam alaykum ” (Peace be upon you).

Saudis who know each other well – and are of the same sex – often go arm in arm or hand in hand, and touch each other during conversations. In public places one should avoid eye contact with people in the crowd. Staring at strangers is considered inappropriate. For foreign women, it is wise to avoid handshakes with men unless they are initiated by a Saudi.

Small talk has an important social function, even in a business context. It can be perceived as impolite to be in a hurry or to abruptly change the topic of conversation. The ideal is a low-key style – one should not speak too loudly or gesticulate much.

If you are invited to someone’s home you should arrive on time and dress formally, as for a business meeting, unless otherwise stated. If you are sitting with crossed legs you should remember that it is important not to show the soles of your feet. It is particularly bad to point to another person with the soles of your feet. It is also considered pointless to point your hand at someone.

A guest is usually offered tea or coffee, or food. It is unfair to say no.

Only the right hand is used for eating and drinking, and for handing over or receiving objects. The left hand is considered unclean. By leaving some food on the plate, you show that you have had enough.

The kitchen is reminiscent of what is found in other countries in the Middle East. It is not strikingly spicy. Muslim rules are strictly followed: pork is not eaten and slaughter is performed according to current rituals. Alcohol is also prohibited and does not occur in public settings. Some exceptions exist for foreigners.

Lamb and rice are something of a national dish. Chicken is also common. Flat, unleavened bread is included in almost all meals, as is fresh fruit. Dates, both fresh and candied, are especially common. You like to drink strong and hot coffee, often seasoned with cardamom.

According to tradition, a sheep, a goat or a camel would be slaughtered when a guest came to visit. It sometimes happens even today, though it is now common practice to settle for a chicken. Often, cooked meat dishes are also served instead of whole animals. At big festivities, such as weddings or other family gatherings, it is still common to get slaughtered.

Traditional clothing dominates in Saudi Arabia. Men usually wear a foot-white white cotton shirt called thwab / thaub or dishdasha. The headgear, ghutra (or kufiyya), is a large piece of fabric that is folded and held in place using a black band made of camel hair, iqal / agal.

Women wear a similar tunic with loose pants underneath. In public places, they are expected to be fully covered and then have an abaya, an outer garment that is usually black and covers the entire body except the face. It is complemented by a nikab that covers the face except the eyes. Bedouin women often wear very ornate clothes and many handmade silver jewelry.

In accordance with the Wahhabite interpretation of Islam (see Religion), only two religious holidays are officially recognized. They are id al-fitr, the weekend ending the fasting month of ramadan, and the sacrificial holiday id al-adha. According to Countryaah, the celebration of other Muslim holidays is tolerated if it happens locally and on a small scale. Among them is the Prophet Muhammad’s birthday mawlid al-nabi and ashura, which is an important feast for the Shiite Muslim minority. The religious holidays fall on different dates from year to year, as they follow the Muslim lunar calendar, which is eleven days shorter than the year according to modern Western times.

Non-religious celebrations are not allowed, except for September 23 when celebrating the reign of the kingdom. 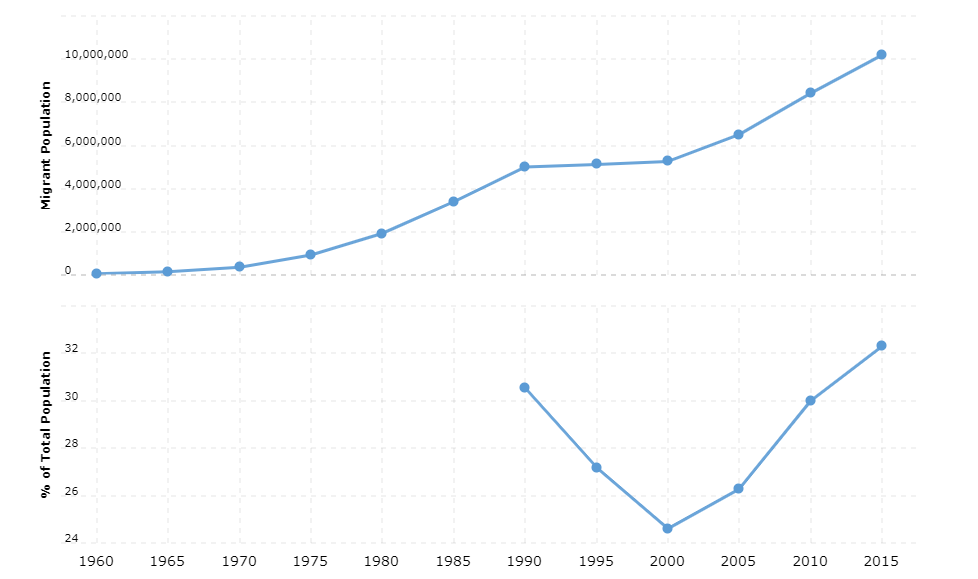 Hard grip on activists is criticized

A report from Amnesty International criticizes Saudi Arabia’s rulers for stubbornly attacking democracy activists following the revolutions in the Arab world during the year. Thousands are said to have been arrested without prosecution and without trial. Others have been sentenced to long prison sentences for demanding political and social reforms. It is mainly Shia Muslims from the eastern part of the country who have been subjected to severe reprisals by the authorities.

On October 22, it is announced that Crown Prince Sultan has died. The 78-year-old Nayef (see March 2009) is appointed Crown Prince a few days later.

Local elections are held for the second time

The elections to the municipal councils are the second time that political elections are held in Saudi Arabia. The turnout is low and only men are allowed to vote. Half of the seats are directly appointed by King Abdullah.

Despite the new injunction, smaller demonstrations are taking place, among Shiite Muslims in the east and in Riyadh, demanding political prisoners to be released.

The wave of protests in North Africa also echoes in Saudi Arabia. King Abdullah raises public servants’ wages to curb dissatisfaction. A group of activists say they have formed a political party, the first in the country. Initiators will be arrested soon.