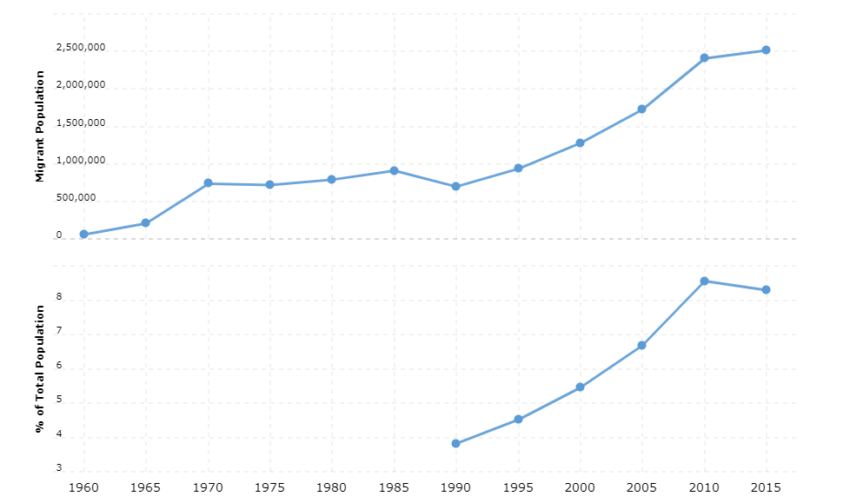 According to Abbreviationfinder, Malaysia is a melting pot of people groups and cultures with several different customs and traditions to relate to. Nevertheless, it is quite easy for visitors from outside to blend in and be accepted. Most Malaysians are open to other cultures, and small violations of the rules of etiquette tend to be no problem.

Among the majority of the Malays, descent is important, both on the ancestors and on the mother (unlike the Chinese, who mainly count kinship on the male side). Social status is also important, as are titles used correctly. Tunku or tengku denotes royal burden. Anyone called tuna is loud or belongs to a high order. Other noble or lowly titles are tan sri, datuk, datuk seri and date.

Malaysians are often hospitable. If you are invited home to someone, take off your shoes before entering. Punctuality is not important, even if you are invited for a certain time no one expects you to come exactly then.

Among Malays and Indians, food and other objects are received only with the right hand, since the left is considered unclean. To point, the thumb is used, not the index finger, which is considered infinite. You should not touch things with your feet or let the soles of your feet point to another person. If you see a Muslim prayer mat in an office or in someone’s home, it is important not to stand on it or touch it with their feet.

How to greet each other depends to some extent on the ethnic group you belong to, but the Western way of taking care is now the most common way of greeting. Malay women do not always shake hands with men, but with other women. Malay men do not always shake hands with women, but can instead heal by bowing lightly and putting their hand on their hearts. When close male friends greet each other, they grab each other’s hands with both hands.

Chinese often greet with a light and slightly extended handshake. Among Chinese, men and women can shake hands, but then the woman must stretch out her hand first. Many older Chinese lower their eyes when greeting to show respect.

The Indians in Malaysia only shake hands with people of the same sex. When you are introduced to someone of the opposite sex, it is usually enough to nod and smile.

Among all the country’s people groups, you have to present people in the right order: an older person before a younger person and a woman before a man. It is common to bow easily when greeting an elderly person. It is also good to bow easily when entering a room with people, leaving the room or passing a group of people. It acts as an “excuse”.

It is important to at least taste the drink and snacks or food that you are offered. Even if food and drink are placed in front of one, you should wait to eat or drink something until you are invited to do so. At major religious or profane celebrations, you often invite friends who belong to other ethnic or religious groups.

Communication is often not as direct as in Sweden. Not everything is said in words, but facial expressions are important. It is common to get a negative answer if you ask or ask a person for something. The respondent wants to avoid the other person losing face and you want to maintain a harmonious relationship at all costs. Instead of a straight no, for example, a Malaysian might say “I’ll try” or the person may let someone else give the negative message.

Silence is also important and compared to Westerners, Malaysians usually do not respond so quickly to a question, but think about it to ponder the matter. Many Malaysians can interpret the Western way with quick answers as thoughtless and impolite. Malaysians can sometimes laugh at times that may seem inappropriate to foreign visitors, but it is usually a way to hide that they feel uncomfortable. It is important not to show anger in public as it can make Malaysians feel uncomfortable and powerless. For example, if you want help with something, it is better to try to be calm and friendly.

If you are invited home for a Malay family at dinner, it is appreciated to bring some pastries or chocolates to the hostess. Do not give away alcohol or things made of pigskin. If you give away food, it must be “halal”, ie approved for Muslims. For the children in the family it can also be nice to give something, but avoid toys or stuffed animals that represent dogs or pigs. If you are wrapping presents you should not use white paper because it symbolizes death and sorrow, nor yellow paper because yellow is the color of royalty. Hand over the gifts with your right hand, or with both hands if it is a great gift. Gifts are usually not opened immediately upon receipt, but only when the donor has gone.

For a Chinese family you can bring a gift in the form of fruits, cakes or other sweets and say it is for the children. It is a tradition that the recipient first says that he or she cannot accept the gift, because they do not want to appear greedy. Do not give scissors or knives because it can be seen as a sign that you want to terminate the friendship. Also, do not give flowers because they are traditionally given to the sick and associated with funerals. It is important to wrap the presents nicely, but use paper in warm colors such as red, pink or yellow – not white, blue or black which symbolize grief. If you give a gift to an infant, you should avoid paper or decoration with storks, as birds imply a prohibition on death. It is best to give an even number of gifts as uneven numbers mean bad luck.

Indians are happy to give flowers, but avoid the frangipani temple flower associated with funerals. If you give away money, which is customary at, say, a wedding, it should be an uneven sum. Do not give leather products to a Hindu. Wrap gifts in paper with bright colors such as red, yellow or green, which are considered to bring good luck – not in black or white. Hand over the presents with just the right hand, or with both hands if that is a big deal. Gifts are usually not opened immediately when received, but when the donor has gone.

Doing business in Malaysia can go a little differently depending on the people group they belong to as well as their age, gender and status. The important thing is always to be friendly and formal. Do not show irritation or show up. The meetings usually start with a little small talk, but are otherwise formal. A first business meeting usually does not lead to any decisions, but is seen as a way to get to know each other.

It is important to greet the people involved properly and respectfully. If it is a group of people who do not know each other, you should present the most important (with the highest position) or the oldest person first. Among Malaysians, the oldest person usually gives a short welcome speech, which you as a visitor do not have to answer. After a little talk, the meeting begins when the oldest Malaysian takes the initiative. At meetings, Malaysian companies sometimes place their employees in ranking. Managers from different companies usually sit opposite each other at business meetings.

Keep in mind that many Malaysians and Indians may feel uncomfortable shaking hands with someone of the opposite sex. Foreign men should always let a Malaysian woman reach out her hand first, and a foreign woman should also wait for a Malaysian man to stretch out his hand first when greeting. It is important to use professional or honorary titles when doing business. Malaysians and Indians use titles together with their first name, while Chinese use titles together with the surname.

Malaysia has a rich food culture with Malay, Chinese and Indian cuisine which also has influences from Thailand, Portugal, the Netherlands and the UK. The traditions differ in part depending on religion. Pork is forbidden to Muslims, while it is the favorite food of many Chinese. Hindus do not eat beef and some Buddhists are vegetarians. Alcohol is forbidden to Muslims.

Different types of rice or noodles are the staple food for most dishes. Many dishes are spicy. Malaysians’ growing incomes have increased meat consumption, as has the consumption of ready-to-eat foods. Seafood is common and eaten by all groups. There is a rich selection of vegetables and fruits all year round. A popular fruit is durian. In desserts, coconut milk, palm sugar and pandan leaves are used. Ice cream, fried bananas and various cookies are common desserts.

The national dish is the spicy and at the same time a little sweet nasi lemak. It is made from rice steamed with coconut milk and served with fried anchovies, peanuts, sliced ​​cucumber, hard boiled egg and chili paste sambal. Traditionally, it is a breakfast dish served in banana leaves, but nowadays it is served at any time of the day and in different varieties.

For breakfast, many eat Indian bread such as idli or roti canai, which is also sold in Indian street kitchens. Western bread has become increasingly common among younger people.

In addition to restaurants, there is a large selection of street kitchens in the cities, which serve good food – often around the clock – and where many seek to eat their lunch.

Because Malaysia holds several different religions, the religious holidays are many. There are also a number of secular holidays: New Year’s Day, January 1, Workers’ Day, May 1, King’s Birthday, National Day, August 31, in memory of the independence of Britain in 1957, Malaysia’s Day of September 16, in memory of the creation of the Federation Malaysia in 1963. In addition, the three federal territories have Kuala Lumpur, Putrajaya and Labuan have their own holiday on February 1, and other states also have their own holidays.

According to Countryaah, Christmas Day is celebrated on December 25 and the Chinese New Year in January or February. Muslim celebrations celebrated are Prophet Muhammad’s birthday at the beginning of the year, isrā and mirāj in memory of Prophet Muhammad’s travels, fasting month of Ramadan and id al-fitr, when fasting is broken. In addition, the sacrificial feasts are celebrated hari raya puasa and hari raya haji as well as the Islamic New Year. They also celebrate the Hindu feasts of Thaipusam in January or February and the light festival divali in the fall. In May, the Buddhist feast is celebrated in memory of the three important days of Buddha’s life. The dates of several holidays differ from year to year depending on religious calendars and the location of the moon. 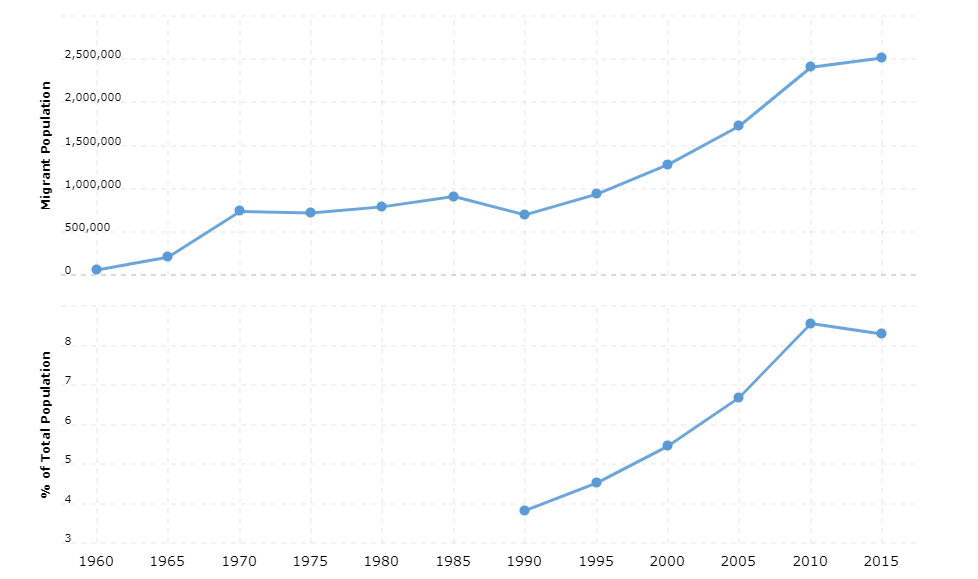