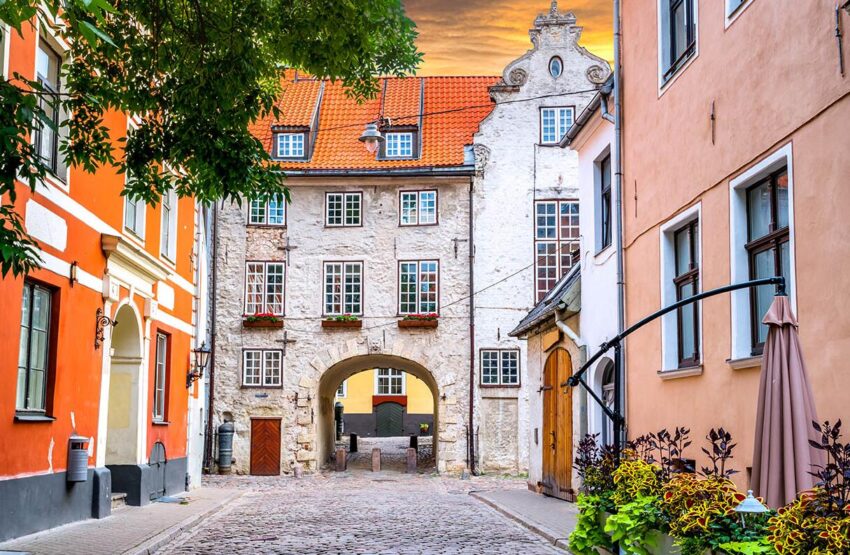 Riga especially delights tourists with the architecture of different times, as there are, among other things, handsome Art Nouveau houses. 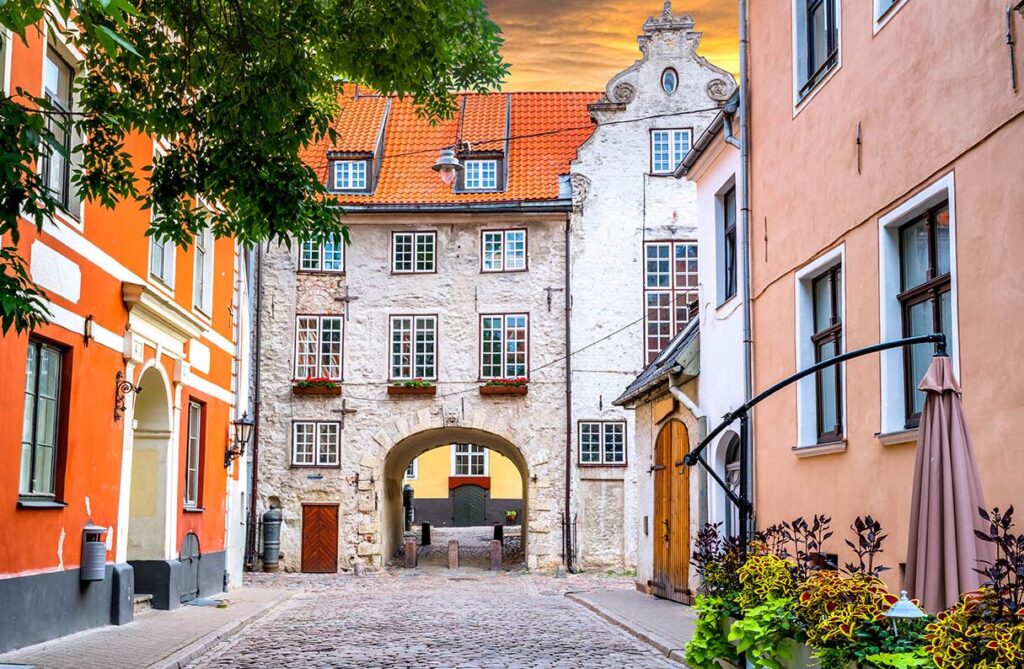 The medieval alleys and historic buildings of the Old Town are the most popular travel destinations in Riga. The city has suffered two world wars, but the most important buildings have been diligently restored. The best example is the House of the Blackheads, whose 14th-century architecture can be admired at the Town Hall Square.

This ornate house gets an interesting pair from the Black Occupation Museum standing next to it. For those interested in Latvia’s recent history, the free museum provides concrete information from 1940-1991. On the edge of the Town Hall Square is also the city’s most famous church, St. Peter’s Church, from the tower of which you can admire Riga from a bird’s eye view for a small entrance fee: the 72-meter-high tower offers a memorable view over Riga.

In Riga, it is worth cycling outside the market, as there is plenty to see. On the outskirts of the Old Town is perhaps the most visible monument to the Statue of Liberty in Riga. The statue was erected in 1935 in honor of Latvia’s independence, and in the 1980s it served as the centerpiece of the country’s quest for independence from the Soviet Union. Latvia regained its independence in 1991.

The narrow alleys of the historic center also house one of the best Art Nouveau centers in Europe, most of whose ornate houses were built at the turn of the 19th and 20th centuries. The best starting point for admiring Art Nouveau is Elizabetes iela. The Museum of Architecture is housed in one of the medieval houses called the Three Brothers.

The Old Town was added to the Unseco World Heritage List in 1997, and its popularity as a tourist destination has grown since then. In addition to the atmosphere, the most fascinating thing about the Old Town is the architecture, and in the Old Town of Riga you can see numerous different style trends, such as Baroque and Gothic architecture. Many buildings in the Old Town were renovated after Latvia’s independence. 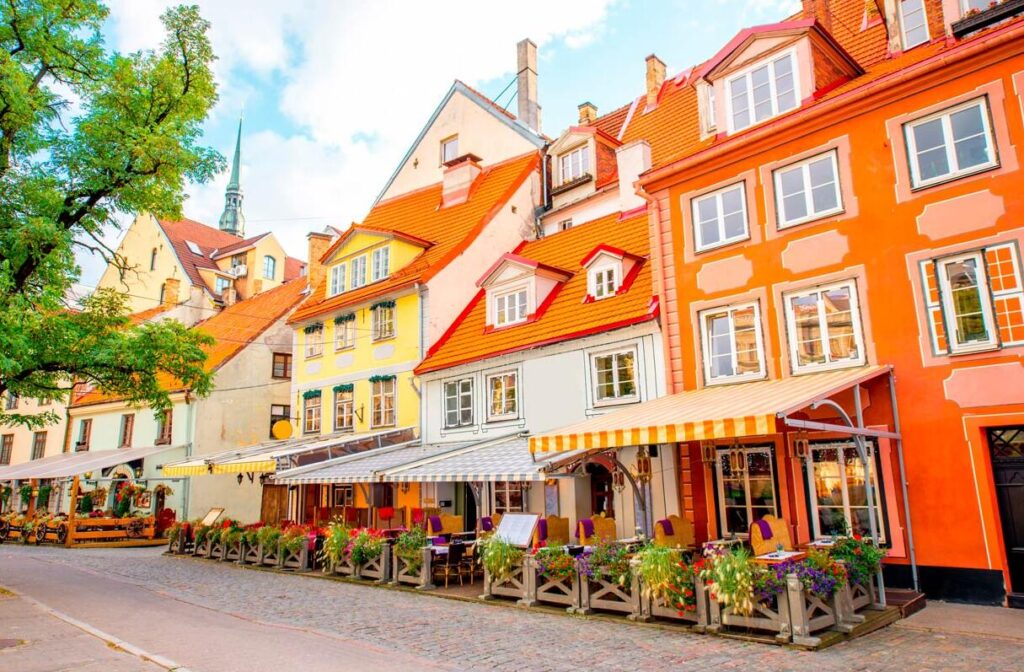 Houses of the three brothers and Art Nouveau style

Riga is full of interesting architecture, but if you pop into the city for only a short time, you should see at least two places there: the houses of the three brothers and the Art Nouveau building designed by architect Mikhail Eisenstein.

The best place to watch Art Nouveau in Riga is the 10 B building on Elizabetes Street, located about a ten-minute walk from the Old Town in an area called the quiet center. The colorful façade of the house, built in 1903, is very memorable not only for its joyful coloring but also for its detailed decorations. 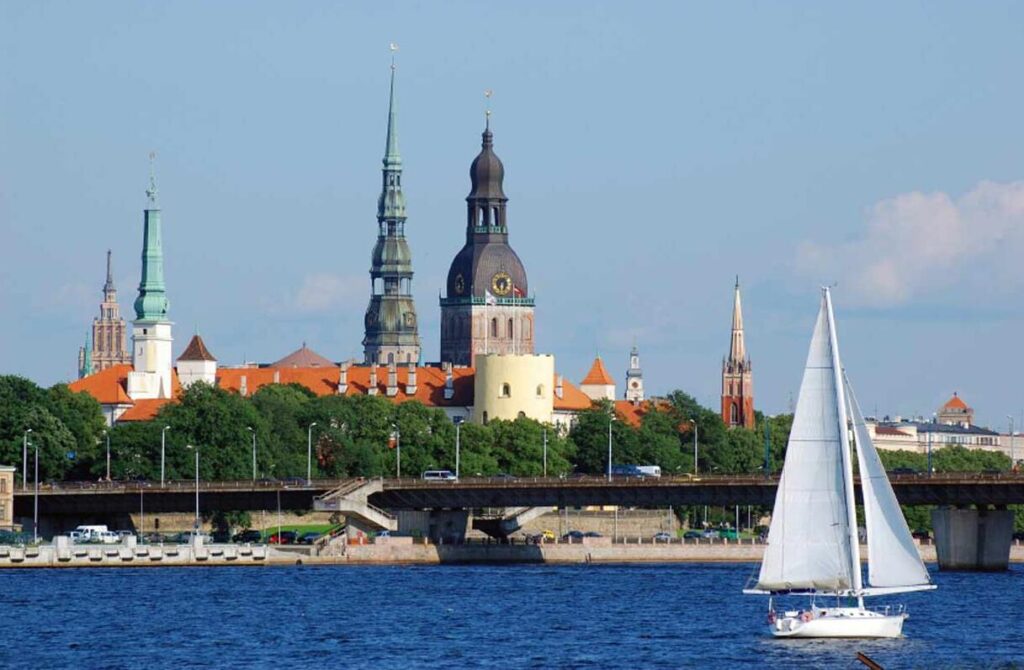 The majestic Riga Cathedral is the largest medieval church in the Baltic States, the size of which is well understood by the thickness of the walls. The walls of the cathedral are up to two meters thick.

The construction of the Riga Cathedral began in the 13th century, and over the centuries the church has been renovated several times. In its history, the appearance of the building has changed several times, as has its use: during the Soviet era, for example, the church was used as a concert hall, and numerous musical performances are still held there. 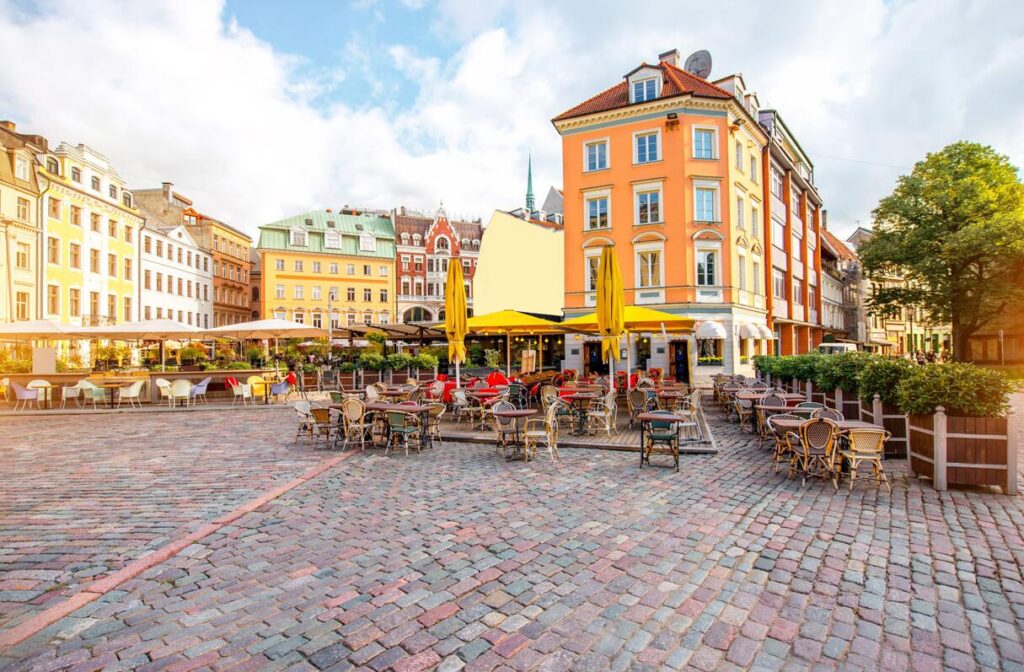 Restaurant in the shade of a windmill

Attractions outside the Old Town include the pale Orthodox Cathedral in the Esplanade Park and the Open-Air Ethnographic Museum, where you can learn about the country’s history by watching work demonstrations or exploring old dwellings.

Popular places to eat among both tourists and locals are the unpretentious Lido restaurants, where the diner selects the dishes they want from a huge selection at the buffet. The chain’s restaurants are also located in the city, but the actual attraction is the three-story Lido Center with its windmills and skating rinks. The restaurant is located at Krasta iela 76.

The must-have of the sugar mouse in Riga is the Laima Chocolate Museum. Laima is the best-known chocolate manufacturer in the Baltic region, whose products and production can be seen in the museum. The interactive museum is especially suitable for families with children, and you can print your own chocolate bar on the text of your choice. In addition to the educational part, the tastings are on the list of many going to the museum.